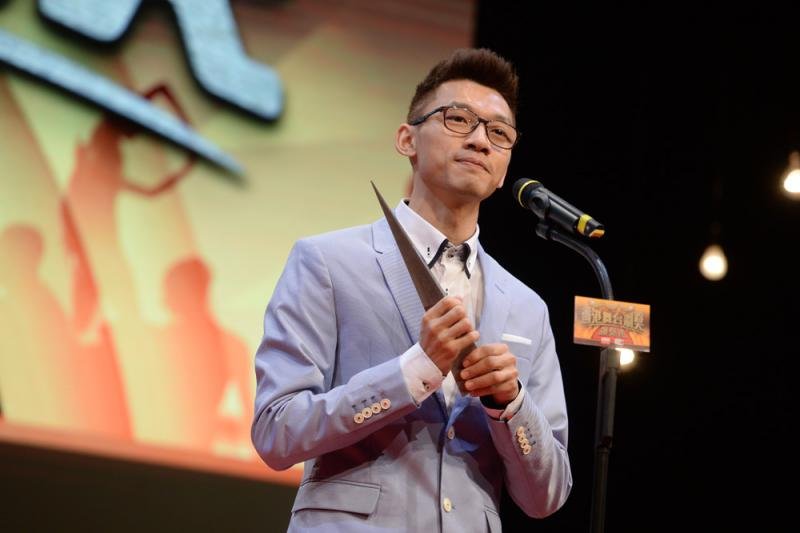 There were many exciting scenes appeared at the 26th Hong Kong Drama Awards. The Hong Kong Repertory Theatre has won eight awards. At the same time, the strength of young troupes cannot be underestimated. The Artocrite Theater, established in 2010, won a total of four awards with its profound work 《竹林深處強姦》in this year. It has became a big winner among the young troupes. They were awarded with “Best Director (Comedy/Farce)” Fong Chun Kit; “Best Actor (Comedy/Farce)” Sung Boon Ho; “Best Supporting Actress (Comedy/Farce)” Birdy Wong and “Annual Outstanding Production Award”. The family musical “Monkey Man”, produced by The Radiant Theatre, won the “Best Costume Design” and “Best Makeup” awards. Yat Po Singers also won three awards with its musical strength, which were the “Best Sound Design, “Best Original Song Lyrics”, and “Annual Outstanding Production”. In the announcement of the “Best Original Song Lyrics Award”, the host laughed and said, “Chris Shum himself is his opponent. Three of the four selected works were written by Chris Shum.”

A freelance drama actor Chan Charm Man won the “Best Supporting Actor (Comedy/Farce)” for “Brighton Beach Memoirs” produced by Pop Theatre. He was very excited when he came on stage. His colleagues were touched by his speech, and the host also expressed his empathy.

After the awards ceremony, Chan Charm Man shared in an interview with our reporter that after graduating from The Hong Kong Academy for Performing Arts for five years, he has been insisting on the road of drama. It was his first time being nominated and awarded. In his opinion, the award is an affirmation of his past efforts, and it is also clear that winning the award will not necessarily make the future performance road smoother, but he will continue and work hard. At the same time, he hopes that the government can provide more support to Hong Kong’s theatre art. Hong Kong has many excellent theatre companies, but their development was hindered due to insufficient funds and resources. Among them, freelance actors are constantly struggling between professionalism and livelihood. He is constantly struggling. For example, for an actor, it usually takes about two months from receiving an offer to the performance, but the income is only less than $20,000, which makes the actor’s life extremely stressful. It does not include non-income guest performances.

Lo Tak Yee talks about the background of the production stage

In addition, he also called on the audience to actively enter the theatre to watch the performance, because support from the audience is encouraging. Working hard in performing works, stage performers hope to provide audience some insights when they leave the theatre. They do not want to see Hong Kong’s theatre art has become a kind of “self-entertainment” performance in the industry.

Among the prize presenters, there is a special guest – Lo Tak Yee. Over the past 30 years, he has produced nearly 5,000 stage backgrounds for Hong Kong stage performances. He recalled that he took over the most expensive performance and spent $1.5 million on stage production. However, most of the theatre companies in Hong Kong are currently having tight funding and the stage backgrounds are simplified. He also lamented that although the current young actors are working hard, the overall quality of stage performances produced in Hong Kong has declined comparing to the past two decades. However, he still has confidence in the future of Hong Kong stage plays.

Talking about the stage setting, he said that this is also a kind of creation, because the setting is the foil of a play. Art is the soul of stage setting apart from carpentry. Only with good artistic accomplishment can we grasp the meaning of a play, and then produce a stage set that satisfies the audience and the troupe.

The original text is only available in Chinese: