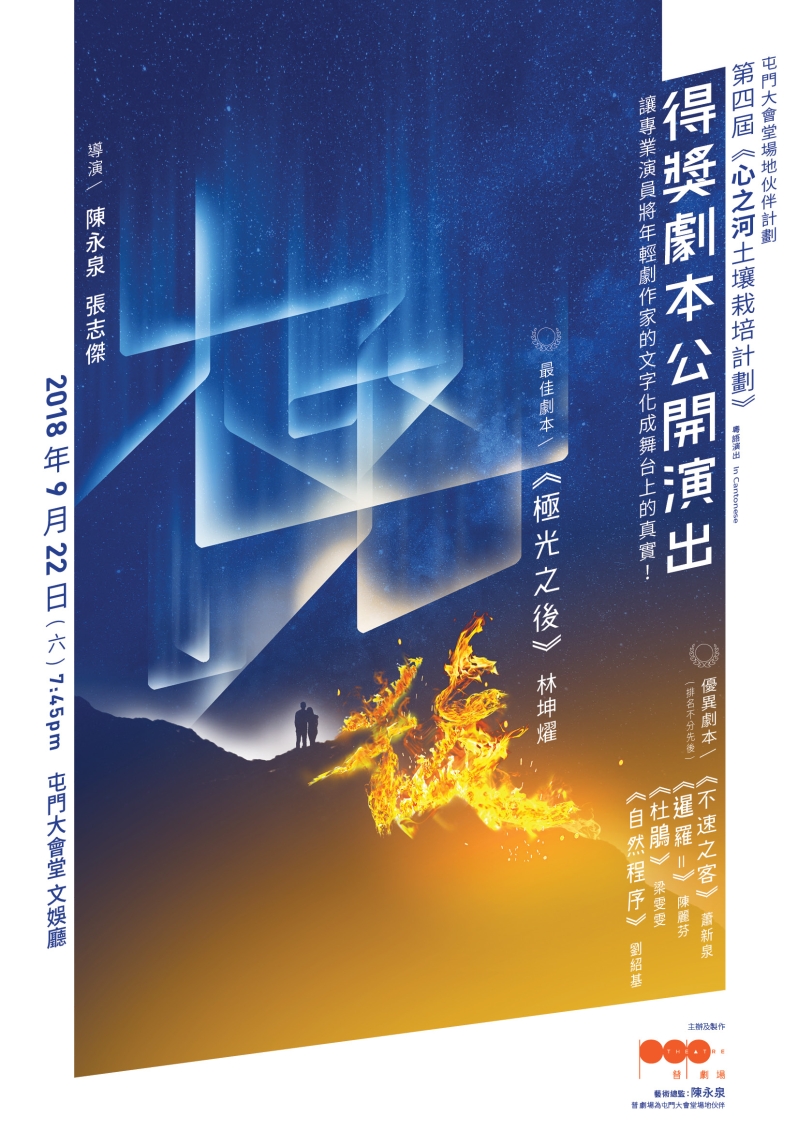 In order to continuously discover potential screenwriters and inject more vitality into the theatre, the script creation programme “Heart River Cultivation Programme” organized by Pop Theatre has entered its fourth year. Pop Theatre welcomes and cultivates local screenwriters with a sincere, open, and expectant attitude, and presents their works to the audience. After the scripts are recruited, publicly read and discussed, the scripts are now publicly performed, turning the texts into reality on stage.

“Oh. It’s cold, it’s cold. It turns out that when you’re not around me, my body temperature will drop by 0.87 degrees. You promised to watch the aurora with me, and then… you stood me up. I used to imagine that there would be two people standing under the aurora, but now I am alone. We used to accompany each other, but now we do not owe each other. But I still wish you a good life, just as I will live well in the future. Perhaps, in another parallel universe, under the aurora, it will be you and me holding hands.”

She is a screenwriter. Whenever her mind is blocked, she just wears an old hairpin and she will be inspired. In order to create a new story that night, she once again put on her old hairpin to examine the unknown past.

Inside the gray box, the two of them were sitting opposite to each other. Pour out playing cards:

One of them stacked up a house with the cards;

The other one draws five cards to form a straight.

A gust of wind blew,

Blew down the house and broke the straight.